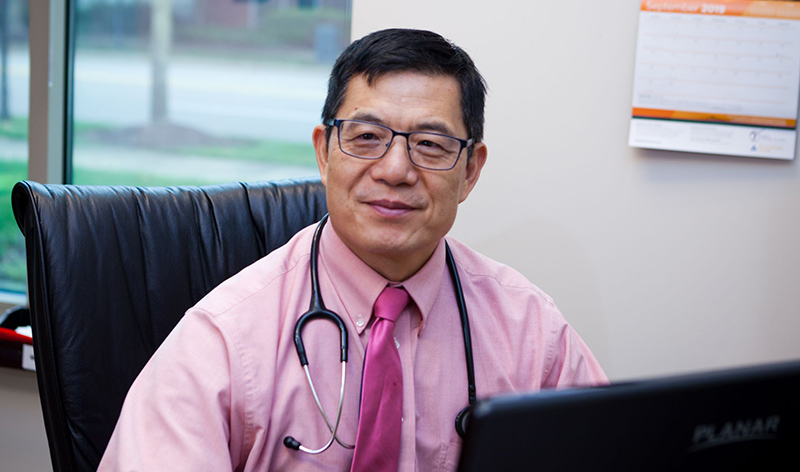 Recent developments in breast cancer treatment have continued to fuel our movement toward tailored treatment for each individual patient.

Two of the newest and most promising fronts are targeted therapy and immunotherapy. Both aim to more effectively kill cancer cells while sparing healthy tissue, thereby causing fewer debilitating side effects as compared to traditional chemotherapy.

Targeted therapy works by attacking a specific target found in malignant cells but not (or much less in) normal cells, such as the growth-promoting protein HER2 or the enzymes mTOR or CDK 4/6. Lately, this idea has expanded well beyond the proven benefit of PARP inhibitors in patients with BRCA mutations, which block a protein responsible for repairing damaged DNA in tumor cells.

Immunotherapy is perhaps the most exciting development in the field. This approach, which activates immune cells to attack malignant cells, has been approved for various cancers over the past several years, but its use in treating breast cancer has lagged behind to date.

In June 2018, however, a groundbreaking breast cancer clinical trial from the National Cancer Institute reported that a form of immunotherapy had completely eliminated metastatic lesions in a patient who had failed all available therapies, including chemotherapy and hormonal therapy. The therapy, a modified form of adoptive cell transfer or ACT, used tumor-infiltrating lymphocytes (TILs) to target four specific protein mutations in the woman’s cancer cells. Researchers previously had sequenced DNA and RNA from one of her tumors and compared it to her normal tissue. This study validated using immunotherapy as a plausible treatment for breast cancer.

On March 8th, the Food and Drug Administration (FDA) granted an accelerated approval for an immunotherapy drug, atezolizumab (Tecentriq), in combination with chemotherapy, nab–paclitaxel (Abraxane), for the initial treatment of some women with advanced triple-negative breast cancer that cannot be treated surgically and whose tumors are positive for a protein called PD-L1. The breast cancer specialists at Virginia Oncology Associates are part of the remarkable progress being made as clinical trials improve triple-negative breast cancer survival rates. It is gratifying to be able to offer additional hope to patients with this complex and too-often lethal type of breast cancer.

Advances also have come with older treatment modalities. In chemotherapy, perhaps the most important news also came the summer of 2018, with the release of a phase III clinical trial that found many women with early-stage breast cancers do not need chemotherapy with hormone therapy after surgery.

The study, presented at the American Society of Clinical Oncology’s annual conference in 2018 in Chicago, focused on women with hormone receptor-positive, HER2-negative, and axillary node-negative tumors, which make up about half of all breast cancer cases. About 70 percent of the patients derived no significant benefit from chemotherapy, based on a recurrence score reached through a reliable 21-tumor gene expression assay. This finding has immediately translated into practices, including my own, helping spare many patients serious side effects such as nausea, hair loss, fatigue, infection, neuropathy, and, in younger women, early menopause or possible infertility.

While the past year has not brought significant new developments with hormonal therapies, we continue to rely on research that 10 years of tamoxifen is more effective than five years for women diagnosed with hormone-receptor-positive breast cancer.

Clearly, we have made rapid progress in diagnosing, understanding, and more precisely treating very specific types of breast cancers. I only expect these therapies to improve in the coming years.

Dr. Chang is a medical oncologist with Virginia Oncology Associates, primarily based in Newport News and Hampton. He was on faculty at MD Anderson Cancer Center before relocating to Virginia.