How Breast Cancer Treatment Has Become More Conservative and Effective 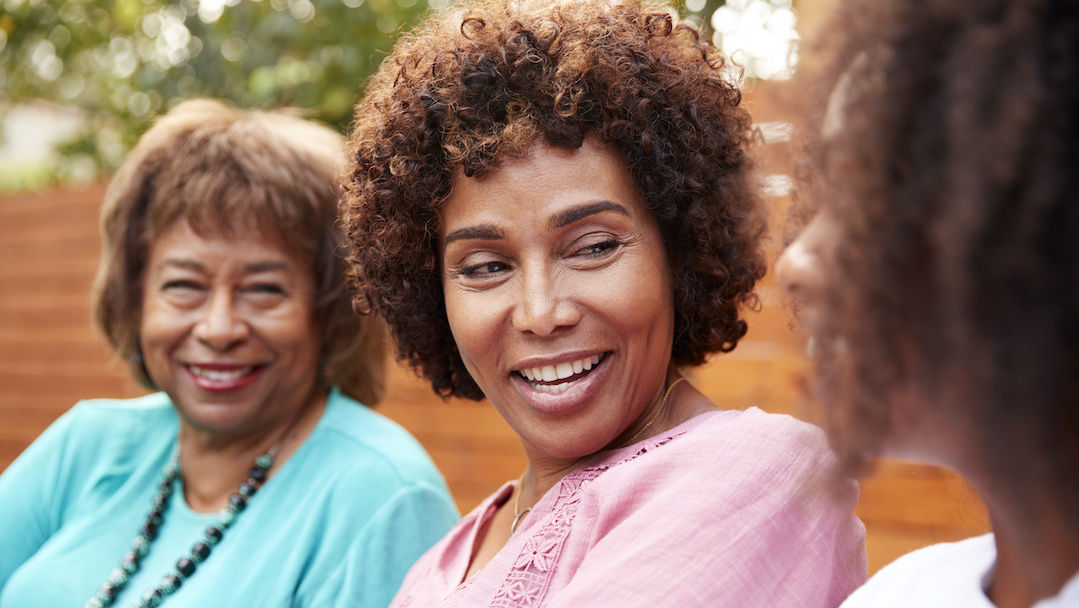 Treatment for breast cancer has come a long way from mastectomies and broad-spectrum chemotherapy. Thanks to new research and clinical trials, treatment has become more personalized—and conservative—than ever, improving not only survival rates but quality of life throughout survival. For the nearly 235,000 people diagnosed with breast cancer in the United States each year, these advances can’t come soon enough.

“The ability to individualize the treatment plan to each patient and the biology of their tumors has been the biggest advance in breast cancer treatment in the last decade,” says Brian King, MD, breast surgeon at Sentara Surgery Specialists. “Patients are getting smaller operations and less treatment and still have great outcomes.”

Genetic Testing and Identification of Cancers

“Genetic testing is critical for anybody who presents at a young age or with a strong family history for breast cancer,” says Michael Danso, MD, medical oncologist at Virginia Oncology Associates. “In that population of patients, there’s a significant chance of finding a gene mutation, particularly BRCA1 and BRCA2.”

Breast cancer treatment teams use two different tests to develop a genetic profile of cancer: Oncotype DX, which checks for more than 20 genes, and MammaPrint. Together, these tests help physicians determine who is at most risk for the development of metastatic cancer.

“These tests are being used more and more now to tell us who doesn’t need chemotherapy,” says George Kannarkat, MD, medical oncologist at the Peninsula Cancer Institute. “As scary as cancer is, I think chemotherapy is just as scary to most people. If we can avoid chemotherapy in more women, that would be great.”

“On a molecular level, knowing more about the particular disease somebody has allows us to give them the right type of therapy rather than the therapy that is for all patients,” says Dr. Danso. “There are sometimes molecular profiles that suggest a better outcome such that you don’t need to give chemotherapy.”

Women with other gene mutations may also have access to more targeted therapies. For instance, women with PIK3CA mutations and estrogen receptor-positive breast cancer benefit from both anti-estrogen therapy and newly approved PIK3CA inhibitors. In trials, these inhibitors extended progression-free survival by nearly six months.

“Our hope is that eventually we can find a targetable mutation in every breast cancer that we can exploit with some drug rather than using chemotherapy,” says Dr. Kannarkat. “We’re getting there slowly, perhaps one gene at a time.”

“Individualized therapy is the future of breast cancer therapy,” says Dr. Danso. “Down the road, molecular profiling may be able to determine whether patients need radiation or even surgery.”

Researchers are also studying the benefits of other testing, such as circulating tumor cell assays. These tests check for tumor cells that are flowing through the blood, providing a less invasive sort of biopsy. They are still being studied and currently not available for routine use.

While targeted and hormonal therapies have been used in breast cancer treatment for several years, breast cancer patients have only recently had access to immunotherapy treatment options.

“It’s hard for a new breast cancer drug to come out and show major improvement on the treatments we already have,” says Dr. Kannarkat. “Thanks to screenings, most of the time we are catching stage 1 or 2 cancers that will be cured 90 percent of the time.”

For patients with more aggressive subtypes of breast cancer or metastatic disease, however, immunotherapy has shown benefits. In patients with HER2-positive cancer, trastuzumab, given with neoadjuvant chemotherapy, increases their chance of a complete pathological response to up to 80 percent. Even after surgery, the use of trastuzumab and chemotherapy is better than chemotherapy alone.

“The most exciting clinical trial we’ve recently been involved in at Virginia Oncology Associates is the use of immunotherapy in triple-negative breast cancer,” says Dr. Danso. “The combination of neoadjuvant chemotherapy and immunotherapy showed a significant improvement. The pathologic complete response rate almost doubled in a large randomized trial.”

Triple-negative breast cancer is one of the most aggressive forms of breast cancer with few treatment options until recently. It also affects a greater proportion of patients in Hampton Roads than nationally, “We are participating in multiple clinical trials to better understand and treat this cancer,” says Dr. Danso. “We appear to be making significant strides.”

“Patients can sometimes avoid harsher chemotherapy for several years,” says Dr. Kannarkat. “While these drugs have some side effects, they are not nearly as tough as chemotherapy usually is.”

These drugs can also prevent damage to bone marrow cells when patients do receive chemotherapy, allowing oncologists to deliver higher and more effective doses of chemotherapy drugs. Patients who received these drugs with chemotherapy had longer survival times, despite their metastatic or aggressive cancers.

Thanks to genetic testing, targeted therapies, and advanced radiation therapy, breast surgeons have also been able to change how they deliver treatment. Many patients can now undergo more conservative surgical treatment and experience the same survival and cure rates.

“Over the last decade, there have been more and more studies that show we have been overly aggressive with some of our therapies in how much tissue we removed and how many lymph nodes we removed,” says Dr. King. “What we’ve realized is in select patients, it is a safe option to do less surgery and those patients do well.”

One of the largest areas of improvement for breast cancer surgery is the reduced need for lymph node dissection. Sentinel lymph node biopsy, which has been performed for many years, has reduced the number of complete dissections by helping surgeons identify which lymph nodes were most likely to be affected by spreading cancer cells. Surgeons now remove just two or three lymph nodes, if any, instead of ten to 12.

“For patients, there is significantly lower risk of lymphedema in arm or breast, post-operative pain, and injury to any nerve structures that may lead to numbness in the arm or, in rare cases, some weakness,” says Dr. King.

Breast Surgery is Not Always the First Treatment

Neoadjuvant chemotherapy has also reduced the need for lymph node dissection for patients with locally advanced cancer or large lesions.

“Instead of repeatedly sticking the needle in, new biopsy machines allow you to take multiple biopsies without withdrawing and reinserting the needle,” says Antonio Ruiz, MD, breast and general surgeon at Chesapeake Regional Medical Center. “That’s a great improvement in core biopsy techniques for the patient.”

New biopsy machines, including the Intact® biopsy system, are even being studied for use as therapeutic devices. This machine uses radiofrequency energy to remove lesions up to 20 millimeters through a 10 millimeter incision for pathologic review. In women with small lesions, this excision may be enough to remove the entire cancer without further surgery.

Improved surgical techniques are also allowing women to keep more of their own tissue than ever before, even in the case of mastectomies.

These nipple- and skin-sparing surgeries provide both a cosmetic and emotional benefit to many women. Surgeons can also boost cosmetic results by carefully placing incisions in the axillary or intramammary creases, called hidden scar surgery, then using tunneling techniques to reach the surgical site.

“We are trending more towards nipple-sparing surgery almost exclusively,” says Beryl Brown, MD, FACS, breast surgeon and general surgeon with Coastal Surgical Specialists, a division of Bayview Physicians. “Not only is it cosmetically superior than building a nipple with 3D tattooing, it so much nicer for patients to be able to keep their own nipples. The cosmetic result is excellent, and the oncologic procedure is still superior.”

A great surgery often begins with careful planning during the biopsy stage thanks to new tools like the SAVI scout electromagnetic reflector. The non-radioactive seed can replace guidewires and radioactive seeds in helping guide the surgeon to the surgical site.

“You can place a reflector where the biopsy is, put your scar wherever you want it, and tunnel to it using lighted retractors,” says Dr. Brown.“It tells you how many millimeters you are away so you can get a good margin and decrease the need for a second surgery.”

Even as surgical techniques and technologies improve, the need for breast surgery may be declining.

“The future of surgery in breast cancer is less and less surgery,” says Dr. Ruiz. “With these huge advancements in the medical field, the hope is that need for surgery is going to decrease more and more.”

In Europe, several clinical trials are underway to use more minimally invasive approaches to destroying breast cancer cells. These trials use heat or cryotherapy to destroy tumors without surgical removal. Others are using ultrasound technology to break up cancer cells. Still, most patients in these trials are undergoing surgery after the trial is complete to see how much cancer remains.

“The problem with all those techniques yet is how to prove that you’ve gotten a complete response,” says Dr. Ruiz. “These are definitely not accepted standard of care yet.”

“When we are doing lumpectomy, there are some more basic techniques we can use to improve the cosmetic outcome and wouldn’t necessarily get a plastic surgeon involved,” says Dr. Burke. “We can rearrange breast tissue after lumpectomy to offer breast conservation and give them a good cosmetic result as well.”

For the opposite breast, women may have a small breast reduction or breast lift to maintain symmetry.

In women who receive mastectomies, newer techniques, such as a deep inferior epigastric perforators (DIEP) flap, allow for natural-feeling breasts while preserving muscle tissue in the abdomen and back. These procedures reduce a woman’s future risk for hernias. Women who undergo skin- and nipple-sparing procedures may also benefit from the use of expanders and implants instead of transfer of their own tissue.

From genetic testing to reconstruction, each aspect of breast cancer treatment has dramatically improved in just a few short years. Patients, even those with advanced and aggressive cancers, are seeing extended survival and improved quality of life during survivorship. And thanks to ongoing research, more treatment options are likely only months or weeks away.