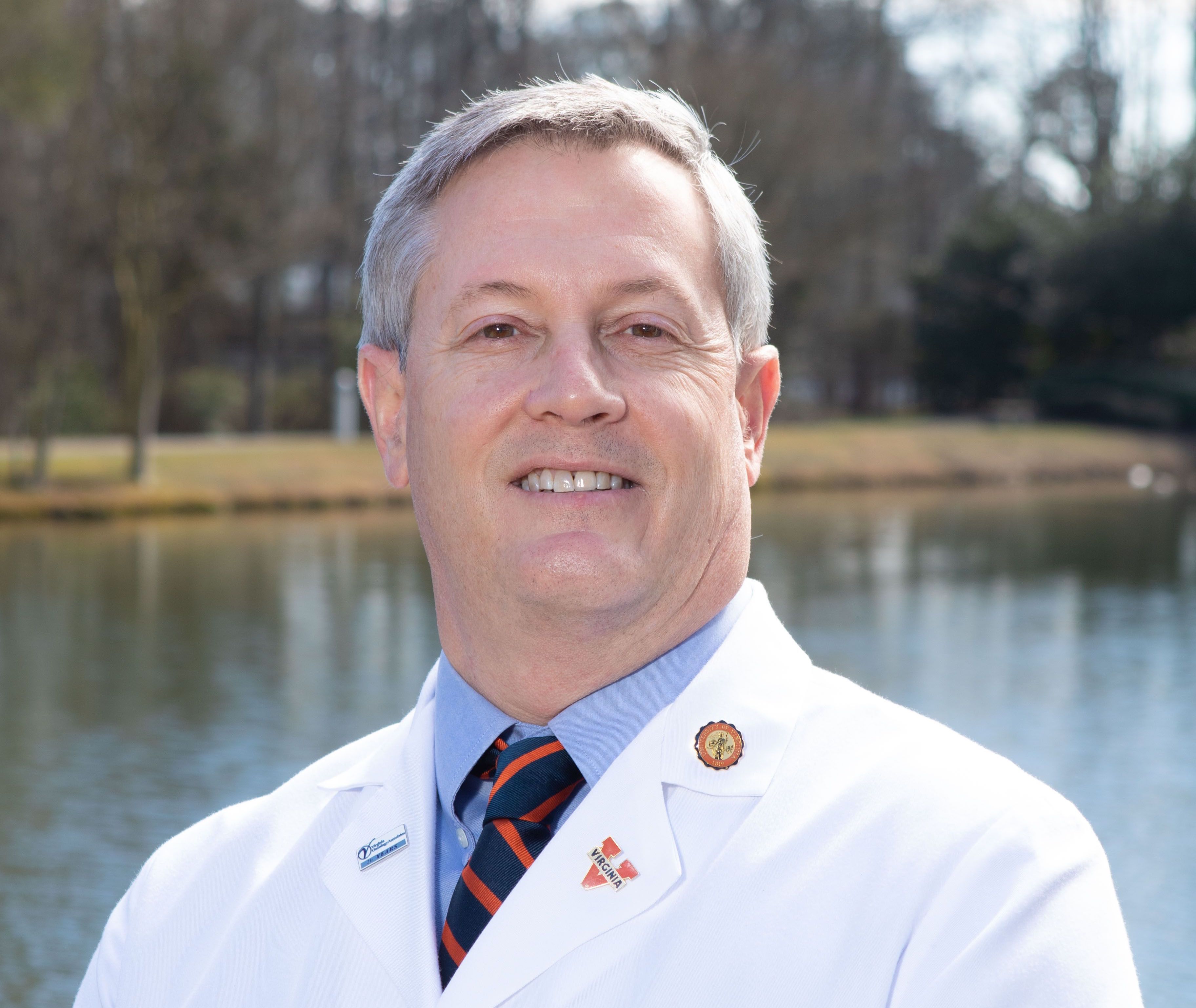 Dr. Alexander is a medical oncologist/hematologist.

Two physicians shaped the course of Dr. Burton Alexander’s medical career, one starting at age 12 and the other when he was a first-year medical student. Their advice, boiled down to its most basic form: always be there for your patients. Always.

So, as a medical oncologist/hematologist, Dr. Alexander cares for patients with a wide variety of cancers and blood disorders at Virginia Oncology Associates (VOA) – including some of the most complex and rare conditions in the region – he answers calls and emails 24/7 on his cell phone.

Depending on the week, Dr. Alexander might work 60, 80, or even 100 hours. The Norfolk-based specialist commonly fields questions from anxious patients on weekends, holidays, vacations, and even overseas trips.
“My patients have given me their trust; they’ve literally put their lives in my hands,” he says. “I can’t just do 9-to-5 weekdays and then clock out on them and go about my life. I love my patients, and I love being there on the front lines with them.”

Board-certified in both hematology and oncology, Dr. Alexander has a particular interest in treating blood diseases, mainly leukemia, lymphoma, multiple myeloma, benign conditions such as anemia, and bleeding or clotting disorders.

With strong relationships with pediatric oncologists at Children’s Hospital of The King’s Daughters, Dr. Alexander frequently cares for adult survivors of blood diseases. He isn’t afraid to take on patients with conditions so rare that he must collaborate with physicians at major academic hospitals and tertiary centers.
Dr. Alexander’s efforts have allowed many of those complex patients to receive treatments with blood products or chemotherapy close to home.

“I like that they don’t have to travel and be away from their families,” he says. “It also benefits me as a doctor because if I don’t know what to do at first, that’s an opportunity for me to learn from specialists who are the best in the field at what they do.”

The past five years also have seen two game-changing treatments emerge in Dr. Alexander’s specialty: immunotherapy for solid and liquid tumors, and CAR T-cell therapy for blood malignancies. “People who would have only lived six to 12 months are now alive years later,” he marvels. “Those stories are why I wanted to go into medicine.”

Dr. Alexander spent much of his childhood in New Kent County, where he met a general practitioner named Dr. Farrah Howard, who covered two rural counties. Dr. Howard did everything from fixing his broken finger to delivering babies to performing minor surgeries. If people couldn’t afford to pay, he accepted chickens and food from their gardens.

“All he cared about was taking care of his community,” Dr. Alexander recalls. “I did a middle school career day interview with him, and that was a real spark for me.”

When Dr. Alexander was 16, Dr. Howard helped him land a summer job at a small hospital in Richmond. Thinking he’d be jumping right into medical tasks, Dr. Alexander instead found himself as a janitor. He did janitorial work the next summer, too, before gradually moving into other roles during breaks from college and medical school.

“They wanted me to see everything that happens at a hospital – to understand that a doctor is only able to succeed with a full team effort,” Dr. Alexander explains. “That was a very important lesson to learn early on.”

Dr. Alexander studied biology at the University of Virginia and stayed there for medical school, an Internal Medicine Residency, and a Hematology/Oncology Fellowship. His decision to focus on cancer care had a lot to do with his second mentor: Dr. Charles E. Hess, a hematologist/oncologist at UVA’s School of Medicine.

During a spring term class in Dr. Alexander’s first year of medical school, Dr. Hess brought in a young leukemia survivor to tell her story, gently guiding her with questions and reassuring touches on her arm.

“The way she looked at him was incredible,” Dr. Alexander says. “He had cured her. Because of that moment, I chose him as my advisor. I said, ‘This is what I want to do. I want to help people with life-threatening illnesses. I want to be just like this man.’”

As Dr. Alexander honed his clinical skills in hematology/oncology, Dr. Hess taught him that medicine is not only a science but an art. He adds: “It’s more than being smart and well educated. There’s a real human side to it.”

Dr. Alexander joined Virginia Oncology Associates in 1998, immediately after his fellowship. In an incredible turn of events, he ended up caring for Dr. Hess at the end of his life, as his mentor was dying of cancer. “I was humbled and honored to be there for a person who had given me so much,” he says.

Outside work, Dr. Alexander is a married father of two adult sons. He enjoys biking, reading, taking long walks with his West Highland White Terrier, Cooper, and, in non-COVID-19 times, traveling and going out on dates with his wife.

His cell phone comes along with him, however.

“This is not just a job to me,” Dr. Alexander says. “My patients are part of my world. I was taught decades ago that there’s a real nobility to being able to help give someone back their life – or at least some more time in that life. I will never forget how fortunate I am.”