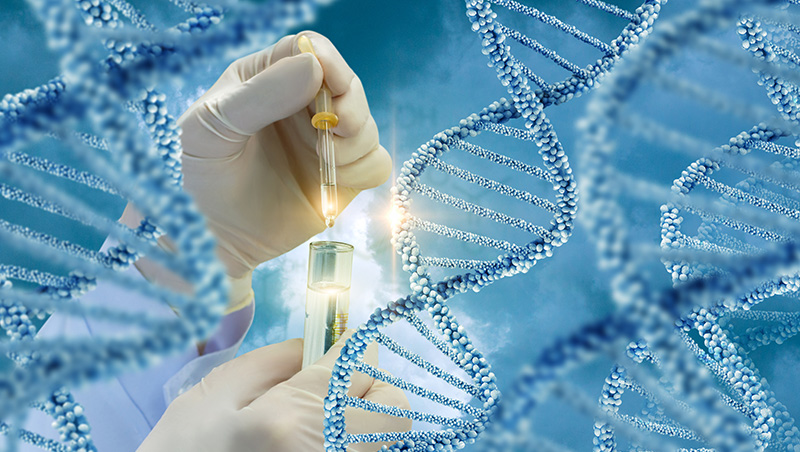 Fifteen years ago, it was rare for someone to call an oncologist before they had a cancer diagnosis. Today, genetic counseling and testing is increasingly helping high-risk patients determine if they have a mutation that could cause disease.

Next-generation gene sequencing can now uncover hundreds of cancer-causing mutations in more than 80 genes in one tube of blood, delivering results in two to three weeks. That advanced technology can guide decisions on possible preventative measures, from lifestyle changes to extra screening tests to medications or prophylactic surgery.

“Our goal is to keep people healthy and never have to give them chemotherapy,” says Dr. Ranjit Goudar, a medical oncologist and hematologist with the Hereditary Cancer Program at Virginia Oncology Associates (VOA). “This also is very different from testing for a disease like Alzheimer’s without a cure, as most cancers are treatable and curable if caught at an early stage.”

Certified Genetic Counselors Tifany Lewis and J. Fitzpatrick “Fitz” Doyle advise patients referred for possible testing based on select criteria, including multiple cases of a cancer type in a family and/or a history of early disease, such as breast cancer at age 45 or younger.

“I firmly believe that knowledge is power,” states Lewis, manager of VOA’s Genetic Counseling program. “The more informed decisions are, the better the outcome. You want to have the best chance of minimizing risk or improving the chance of early detection.”

Roughly 5 to 10 percent of cancers are linked to a hereditary cancer syndrome, often due to a single change in a single gene. Some two million Americans have one of the most common inherited mutations, causing Hereditary Breast and Ovarian Cancer Syndrome or Lynch Syndrome.

“Not even 10 percent of these highest-risk patients have been identified, so most have no idea or are just resigned to getting cancer,” Dr. Goudar says. “We’re seeing more awareness of genetic testing, but we’re at the tip of the iceberg still.”

Hereditary Breast and Ovarian Cancer Syndrome is marked by mutations in the BRCA1 or BRCA2 gene, increasing the risk of breast, ovarian, fallopian tube, melanoma, pancreatic, and prostate cancers. Lynch Syndrome involves an abnormality in one of five genes and raises the odds of colon, rectal, uterine, and other cancers.

At VOA, an initial hour-long appointment with a member of our Hereditary Cancer risk assessment team covers medical and family history, risk factors, genes involved in hereditary cases, available tests, what results might mean, and the limitations of current tests.

A patient with a negative result still could qualify for additional screening tests, she adds, such as breast MRIs in addition to mammograms or more frequent colonoscopies to check for precancerous colon polyps.

Patients and families must be comfortable with the process before moving forward, as results can impact everything from life insurance rates to family planning. “Being scared is normal, and education is extremely important,” Dr. Goudar says. “We want to discuss all practical and emotional components with patients ahead of time.”

Post-test decisions are highly individualized, too. For instance, physicians might recommend a diet and exercise plan to help prevent obesity-related diseases such as breast, esophageal and rectal cancers. Or patients with a BRAC mutation might opt to start preventive medication or, more aggressively, have breast and/or ovarian tissue removed.

“We’re never stamping anyone with an expiration date,” Dr. Goudar stresses. “Instead, we’re giving them more power to live a healthy life.”