Improved Options for Radiotherapy When Cancer Has Spread to the Brain 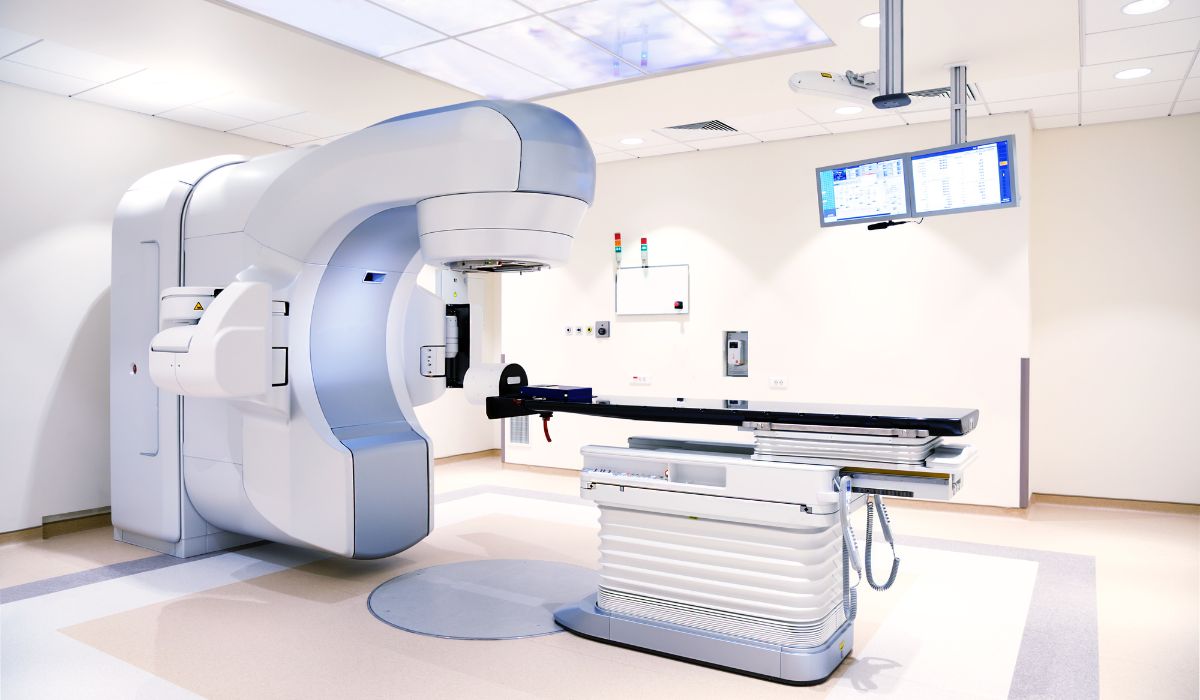 When cancer spreads to other areas of the body, it’s often treated with the same chemotherapies and other drugs used for the original type of cancer. However, when cancer spreads to the brain through the bloodstream, it can be difficult to use these same treatments as effectively. This is because it’s difficult for chemotherapy drugs to break the semi-permeable blood-brain barrier.

The next best options for these patients are usually surgery or radiation therapy. Surgery is not always possible due to a growth’s location within the brain or the presence of more than one cancerous growth.

Not long ago, the standard of care was to treat a patient’s entire brain with radiation in hopes of destroying existing lesions and preventing new growth.

Data has emerged over the past decade, however, that suggests patients will fare better with more targeted treatments. This limits the loss of cognitive abilities and/or memory function.

One powerful new weapon is HyperArc High-Definition Radiotherapy. This advanced form of stereotactic radiosurgery (SRS) builds on the breakthrough success of the CyberKnife System, an effective and noninvasive method of delivering tailored radiation doses from multiple angles.

Unlike older machines, the rotating HyperArc system can treat multiple tumors at the same time. This is an important advancement for patients with tumors in the brain because there is typically more than one tumor. Most commonly, in fact, a patient will be treated for three to five lesions – or more!

Previously it would take up to an hour per brain lesion to deliver radiation therapy. This would mean a patient would have to spend hours at a treatment center or spread appointments over several days. New equipment has reduced those times to five to 10 minutes per spot, often confined to a single day of treatment.

Radiation beams also are increasingly compact and fitted to each lesion’s size, shape, and location, thanks to guidance from advanced scans and computerized calculations.

For patients who still need a more whole-brain treatment approach due to their type or stage of disease, another important advance within the past several years is volumetric modulated arc radiotherapy (VMAT).

VMAT is a form of intensity-modulated radiotherapy (IMRT). Yet instead of stopping and starting between target areas, VMAT machines rotate around the patient in a continuous arc for greater efficiency.

Additionally, VMAT limits radiation to the hippocampus, the central brain region that plays a major role in learning and memory. Clinical trials have shown this approach – whole-brain radiation with hippocampal sparing – benefits cognitive function up to two years later.

Caring for Cancer Patients in Hampton Roads and Chesapeake, VA, with the Latest Radiation Therapy Technologies

Both of these newer therapies can be performed in conjunction with systemic treatments. Your radiation oncologist at Virginia Oncology Associates will work closely with your medical oncologist to carefully coordinate care and monitor side effects. For me, it’s been gratifying to help more patients not only survive longer but enjoy a better quality of life.

If you have cancer that has spread to the brain, schedule a consultation at a VOA location near you to learn more about the technology options available to you.

Dr. Shumadine is a radiation oncologist with Virginia Oncology Associates, caring for patients in Virginia Beach and Norfolk. He is trained in all major modalities of radiation therapy for cancer treatment and is active in clinical oncology research.